An injunction—also known as a restraining order—gives a victim certain rights against his or her abuser.  In Florida, anyone who is the victim of repeat violence, dating violence, or domestic violence, can petition the court for an injunction. These injunctions are designed to give the victim legal protection from further harm by placing restrictions on the freedom of the abuser.

An injunction will disallow the abuser from having any direct or indirect contact with the petitioner. An abuser that violates an active injunction can face criminal conviction, jail time, fines, and probation. ​If a protective injunction has been filed against you, it is important that you understand the consequences. An injunction is a serious matter with potentially damaging consequences including but not limited to the following:​

A domestic violence injunction, established by section 741.30 Florida Statutes, allows a family or household member to seek an injunction against any other family or household member. Essentially, the petitioner (the one seeking the injunction) must allege that he/she is in imminent danger of becoming the victim of any act of domestic violence. Typically, evidence must be in writing and sworn to the court, with copies to the other party.

An injunction—also known as a restraining order—gives a victim certain rights against his or her abuser.

A Repeat Violence Injunction, established by section 784.046 Florida Statutes, allows for non-family members threatened with repeat violence to seek an injunction against the person causing the violence. Repeat Violence, as defined by the applicable Florida law, means two incidents of violence or stalking with one incident having occurred within the last six months. Violence means any assault, aggravated assault, battery, aggravated battery, sexual assault or battery, stalking, aggravated stalking, kidnapping, or false imprisonment, or any criminal offense resulting in physical injury or death.​

A Dating Violence Injunction, established by section 784.046, Florida Statutes, allows for a victim of dating violence to seek legal protection from the abuser. Under applicable Florida law, violence means any assault, aggravated assault, battery, aggravated battery, sexual assault or battery, stalking, aggravated talking, kidnapping, or false imprisonment, or any criminal offense resulting in physical injury or death. Essentially, Dating Violence refers to violence between individuals involved in an intimate or romantic relationship that continued for an extended period of time within the previous six months.

An injunction starts when the petitioner files paperwork and submits it to the Clerk of Circuit Court, who in turn submits it to the judge for review. If allegations are made that fit the statutory requirements, the judge will grant a temporary injunction until the respondent can be served with a “notice and appear” at a formal hearing to respond to the allegations. Typically, the sheriff’s department will serve the respondent with the injunction.

The Hearing and the Final Injunction

Before a final injunction is entered by the court, a hearing will be held in which the petitioner and respondent can address the allegations. At the hearing, both the respondent and petitioner can be represented by attorneys, and each can present evidence and testimony from witnesses. At injunction hearings, the Florida rules of evidence apply, as well as the Florida Rules of Civil Procedure.

Having a restraining order filed against you is a serious matter, with harsh consequences. If you or a loved one have had an injunction petition filed against you, call the Law Office of William B. Wynne to scheduled a free (no obligation) consultation, to discuss your options. We have payment plans available to those who qualify.

﻿At the Law Office of William B. Wynne, I hold steadfast to my conviction that all accused are innocent until proven guilty.

By William B. Wynne Age Of Consent In Florida | Statutory Rape in Florida 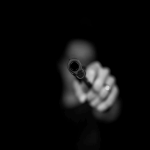 Stand Your Ground Law in Florida

Understanding Your Miranda Rights In Florida: An Overview